In 2007, the U.K. experienced a housing bubble burst. In this post, we are conducting an analysis of the England and Wales housing market before and after 2007 untill 2015. Graphs and heat maps are generated from HousePAd application using Land registry public dataset. This dataset includes nearly all residential property transactions in England and Wales since 1995 (Scotland and N. Ireland are not publicly available). We show raw, no inflation-adjusted numbers.

After 12 years of growth, the average property price peaked at £229k in August 2007. For the next one and half years, it stagnated or it was on a decline:

While the price drop was relatively small, the drop in sales volumes was much more significant. Total house sales fell by 49% between 2007 and 2008. It is clearly shown in the following heat map: 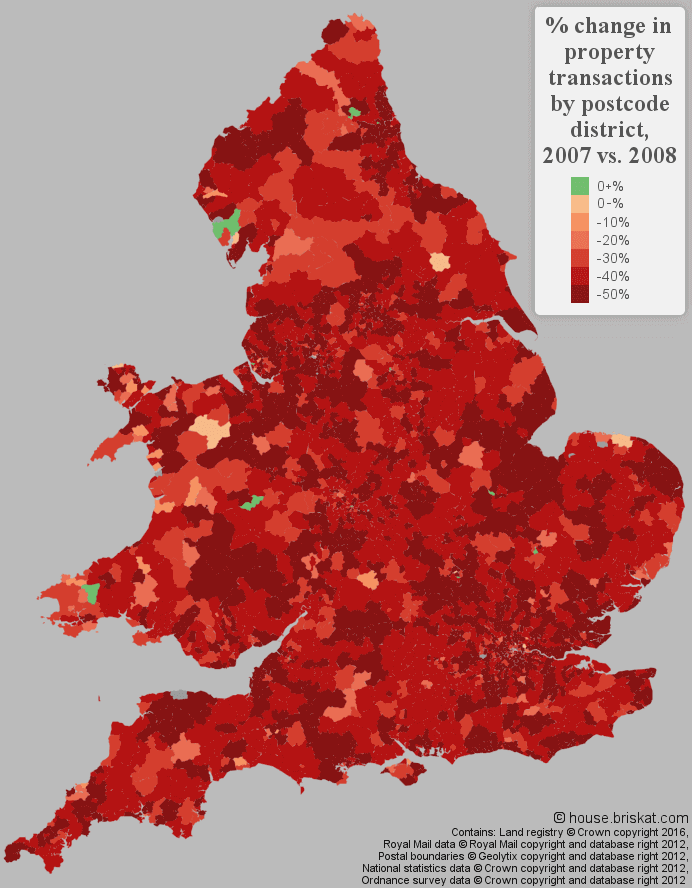 In the five-year period following 2007, the sales volumes were down by 47%:

Correlation of house price % change and % change in housing transactions
by postcode area - 2008 vs. 2007
click in the picture 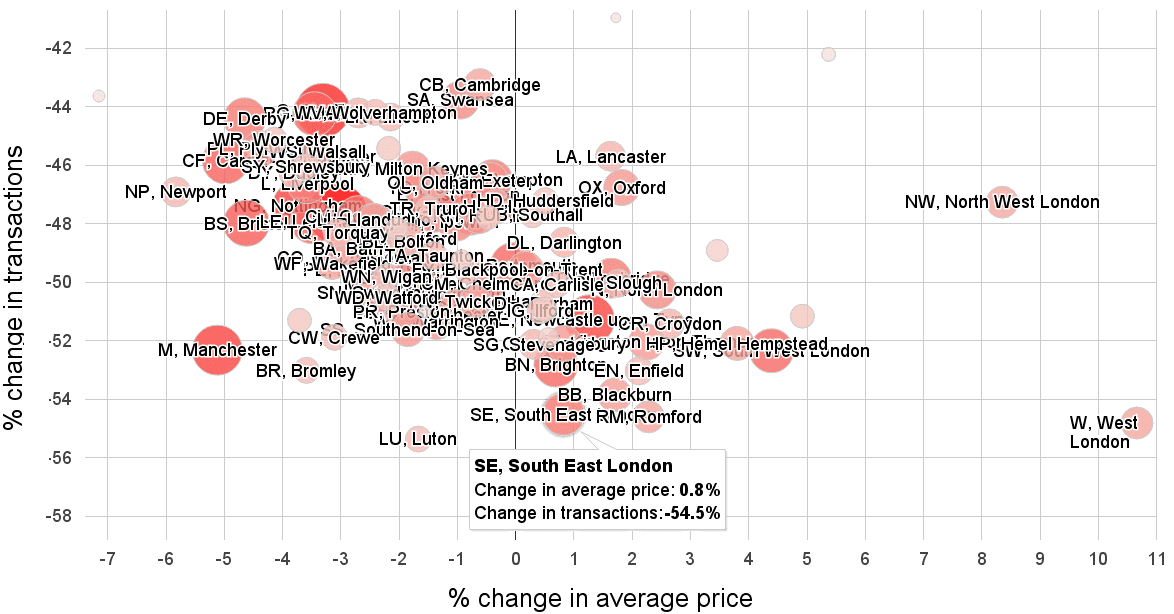 From the graph above, we can see that while transactions were down by tens of percents in all areas the average property price dropped by 7% at most. Eventually, the price was still on the rise in many other areas. It shows the housing market resilience. Although the transaction volumes fell off a cliff properties were still holding their value.

Number of property transactions by month

Number of property transactions by year

From 2007 to 2015, the average house price changed quite differently based on postcode areas:

Not surprisingly, the top 8 fastest growing areas are from London, with East London closing. On the other hand, more than half of the areas didn’t grow by more than 10%. A few areas were still below 2007 price levels (and we used the raw numbers). When we display the previous report on a heat map, we can see the growth is geographically linked (there are no lines drawn between the areas so the map looks smoother). For a more detailed view, we also added heat map by postcode district: 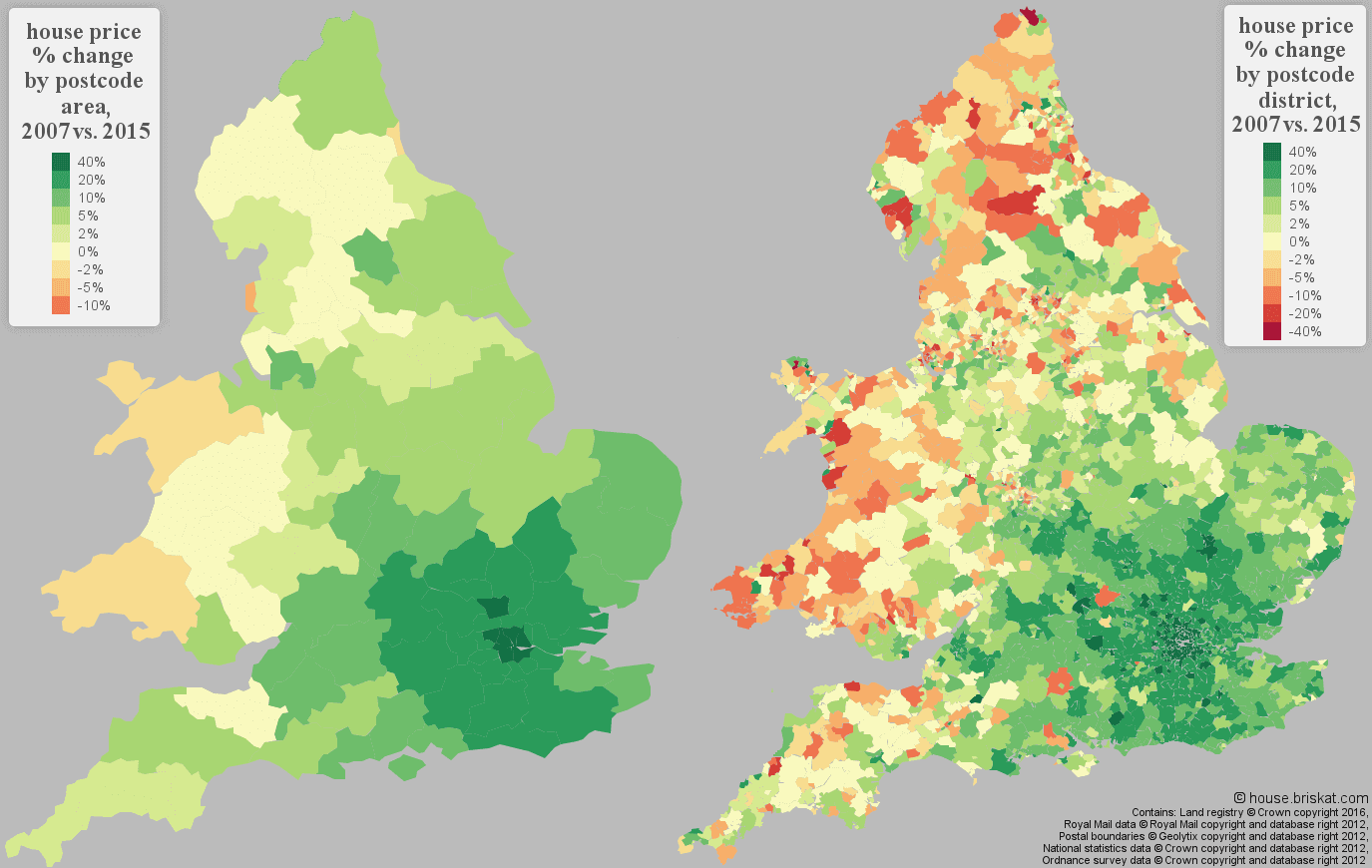 While the prices kept growing in Greater London and adjacent areas, the areas in northern England and in Wales were on or below 2007 price levels.

Correlation of house price % change and % change in transactions
by postcode area - 2015 vs. 2007 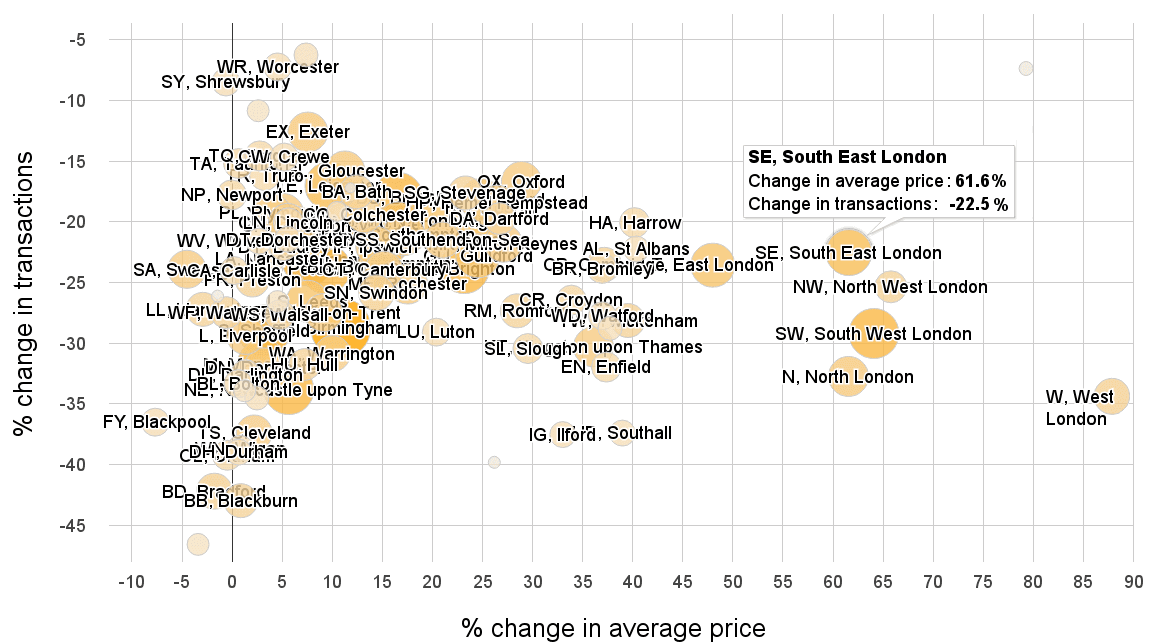 To see how the housing market changed from 2008 to 2015 in relation to 2007 we can combine previous correlation graphs into one: 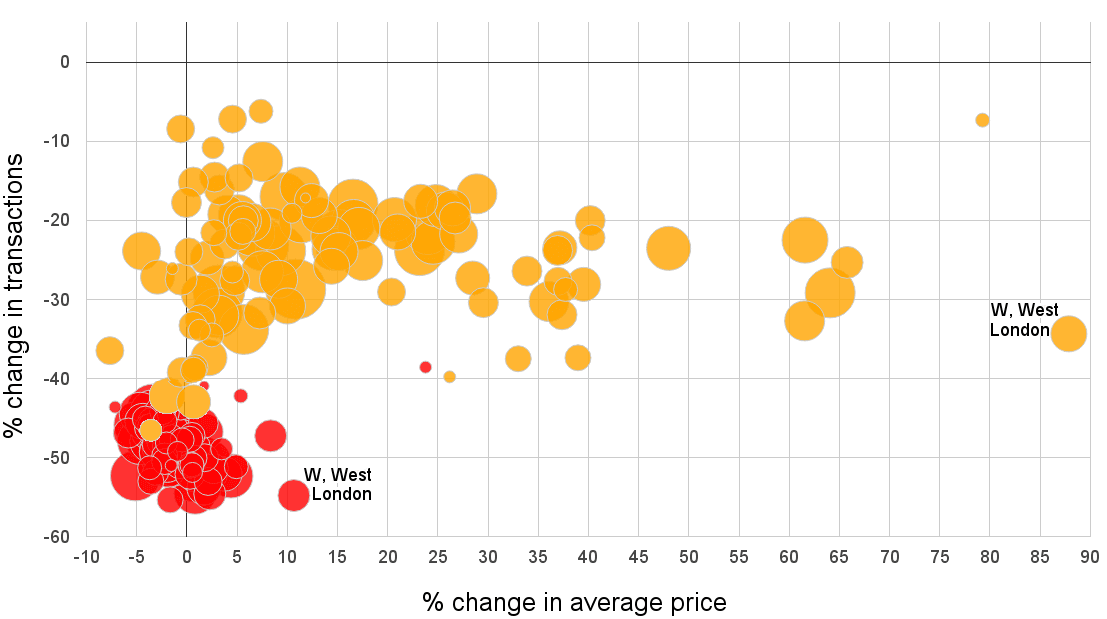 Many areas experienced a price correction of unsustainable price growth and their average prices was stagnating since 2007. The sales volumes in 2015 are still one-quarter below the volumes during the bubble peak but back on pre-crash transaction volumes.

London and its adjacent areas were influenced by the bubble much less than the rest of the country and continue in prices growth. The question is, for how long - only time will tell.